The renovation of Main Hall is intended to serve as a model of innovative and ethical stewardship in the preservation of historic buildings for Agnes Scott, Decatur, Atlanta and beyond. This is not possible without uncovering and reflecting on the stories of Black members of the Agnes Scott community who contributed to Main Hall’s founding and longevity.

In 1890, a dedication was held for Agnes Scott Hall, commonly referred to as Main Hall. As part of the ceremony, George Washington Scott’s young granddaughter—George Bucher Scott’s daughter—Louise placed the cornerstone for the building. But she did not do this on her own. Rather, the little girl, still weakened from typhoid fever was physically held up and bolstered by the Black hands of her family’s chauffeur. The support of the man, Oscar White, who held Louise 130 years ago is representative of the entire history of Agnes Scott’s African American labor, the very backbone of the institution.

As we continue the Campaign for Main and look to the future of this beloved building we must acknowledge and celebrate those who not only literally built the structure itself, but who have also provided integral support for the generations of young women who have called it home. Lest we forget, here are just a few stories of the men and women who gave so much to Main and to Agnes Scott College.

Oscar White
Oscar White was born into slavery in 1860, likely in DeKalb County, to parents Robert and Margaret. By 1880, he lived in Decatur, working for the Morgan family. At the age of 23, he began work as a chauffeur for the family of George Bucher Scott. For decades after his marriage to Lizzie Armstead in 1886, he and his family lived either near the Scott family or even in their home; in 1910, his daughters Louise (15) and Ada (13) were employed as servants in the Bucher Scott home. When he died at home of pneumonia in 1933, he had worked for the Bucher Scott family for 50 years.

Samuel Albert Harper
Samuel Albert Harper was born sometime between 1871 and 1873 in Madison, Morgan County, Georgia to Anderson and Sarah Harper. Samuel was trained from an early age in construction, both in brick masonry and carpentry. He was an ambitious young man with a mind for engineering. In 1890, Samuel was hired to build the belltower of Main. While working on this job, a young laundress caught his eye as she passed by the site on her daily rounds. Lena Oliver was the daughter of Henry Oliver, a well-known and respected blacksmith and landowner in Decatur. Over the year of construction, Samuel and Lena fell in love and on the 4th of July 1892, the two wed. Together, they had six children, and Samuel passed on to them his love of math as well as his skilled trades. For years, he traveled the country, contracting his labor and was involved in at least one other college build in Texas. He died in 1939 in Detroit, where he was buried in Memorial Park Cemetery. Samuel and Lena’s granddaughter, a multi-media artist, still resides in Decatur.

Ella Thompson Carey
Ella Thompson’s early life is still the subject of research. Born sometime between the 1860s and 1870s, she married John Carey, a shoemaker, in 1895 in Fulton County. In 1900 they lived in a home on Barry Street where John had been raised by his aunt and uncle. John Carey passed away in 1918 and Ella never remarried. For the over 50 years that she lived in Decatur, she was an active member and fundraiser of Decatur’s first African American church, Antioch African Methodist Episcopalian. Her legacy in Decatur’s Beacon Community is one of generosity and caring for those in need.

Around 1913, Ella began work as a maid for Agnes Scott, and for the next 30 years, she provided comfort, security, and structure for the countless young women that called Main home. Beloved by generations of young women, her name appears frequently in the college’s archives. She was outspoken, strong-willed, and protective of everyone in her charge. In 1969, sixteen years after her death, a student of the Class of 1927 began the Ella Carey Scholarship in her honor to assist African American students, who were only newly being admitted to the college. That scholarship still exists to this day.

For 130 years, Agnes Scott’s staff has supported her students, faculty, and the institution itself. Between just 1951 and 1958, Agnes Scott employed between 65 and 100 African American staff at any given time, with many of the men and women being veterans of the college for decades. The staff gave not just their hearts and labor to Agnes Scott, but their money, as well, with staff frequently contributing to the school’s fundraising over the years. They did all of this at a time when none of their daughters were eligible to enroll in an institution that they had devoted their lives to.

The purpose of the Campaign for Main is to preserve this iconic building and to improve upon and guarantee its service for future Scotties. We all know the names of the college’s founders and past presidents, such as Scott, Alston, Gaines, and McCain. As we reflect on and celebrate the history of Main, and may we also prominently remember the honorable names of White, Harper, Carey, and others to whom we owe so much of our success. What is our legacy if not for them?

Laurel Wilson is a historian and genealogist with a focus on African American heritage in Decatur and DeKalb County. She holds a bachelor’s degree in English literature and creative writing from Agnes Scott College and a master’s degree in public history from Georgia State University and has practiced genealogy for over 20 years. You can learn more about her work and contact her via Decaturhistory.com.

About Diversity, Equity and Inclusion at Agnes Scott

Agnes Scott is an inclusive community that embraces the richness of its diversity and values the ways this enriches and transforms the lives of our students, faculty and staff.

In 2019, Agnes Scott College became one of 24 universities to host Truth, Racial Healing and Transformation (TRHT) campus centers in a national effort to eradicate racial hierarchies and eliminate social inequities. The college’s TRHT establishes campus and community partnerships to reflect on race at the college and in the City of Decatur, both in the past and in the present.

This year’s TRHT goals of acknowledging our past and acting now for a transformed future are to capture and promote the told and untold stories on campus and in our city about the lived experience of race; and to acknowledge the land and labor of Black, Indigenous and People of Color (BIPOC) who built our campus community.

Learn more about how the college promotes diversity, equity and inclusion here. 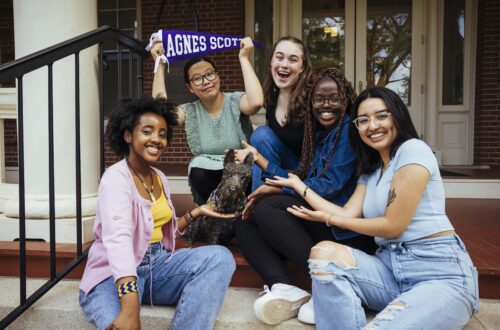 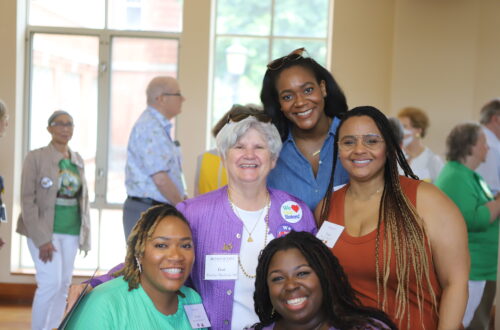 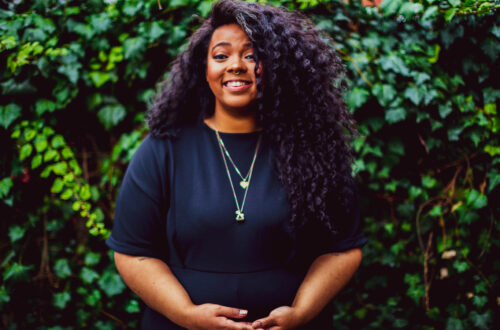