The institution was recognized for its stellar student participation rate in 2020 by several organizations this fall. Agnes Scott reported a rise of voting rates to 83.6% of students, a dramatic increase of 15% compared to the 2016 election cycle.

That mark was good enough for best in the state of Georgia.

JLP Prince, director for community, civic and global engagement in the Gué Pardue Hudson Center for Leadership and Service was not surprised by the turnout after the college partook in several student-led voter registration initiatives ahead of the presidential election.

“Our students are passionate about a variety of social issues and causes,” Prince said. “Part of my work is helping them see that voting is one small piece of a larger movement to become active citizens in a global society.”

In late October, the Jonathan M. Tisch College of Civic Life at Tufts University (MA) and the Institute for Democracy & Higher Education released the results of a nationwide study that showed Agnes Scott’s staggering climb in participation. While Agnes Scott trended slightly above average in voting in the previous two cycles, the college’s rate approaching nearly 85% is well above the national average for college students at 66%.

Agnes Scott also recently earned a platinum seal from the ALL IN Campus Democracy Challenge for nonpartisan voter participation during the 2020 election cycle.

“Empowering students to vote while in college helps create life-long habits so they are more likely to vote when they’ve graduated,” Prince added.

Find out more about what Agnes Scott is doing to stay community-focused and civicly engaged. 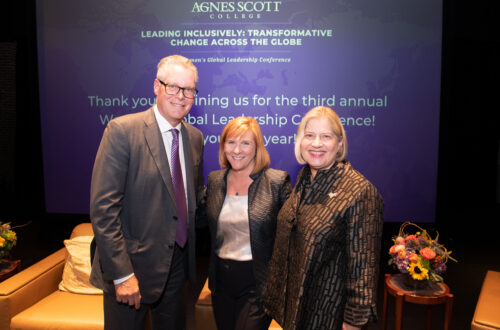 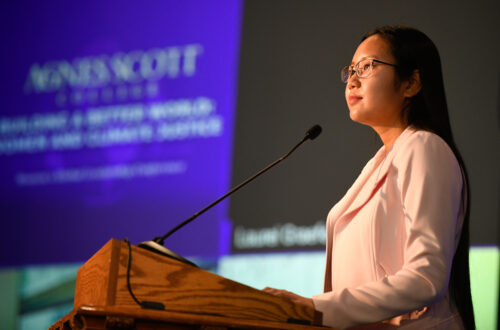